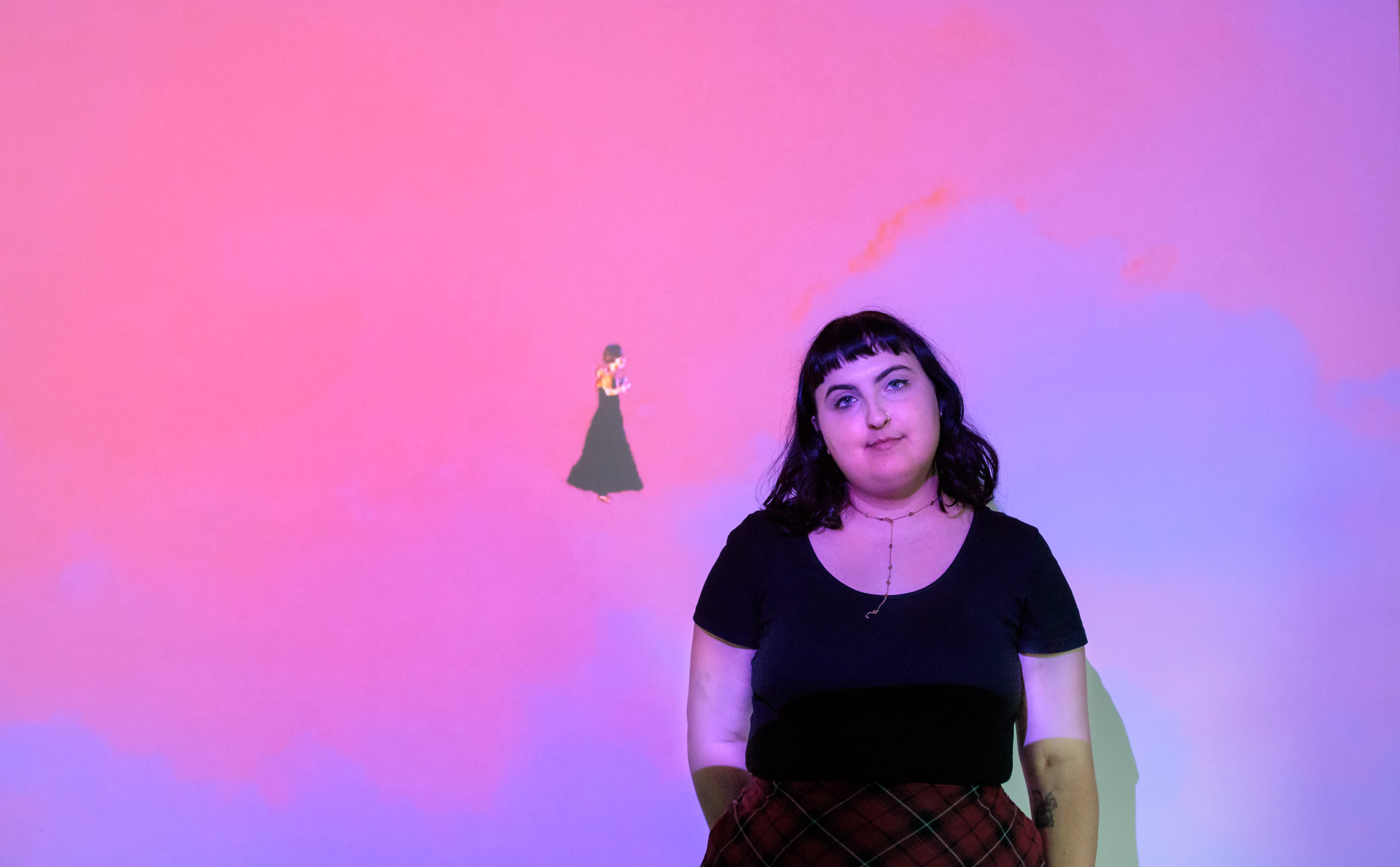 Jaslyn Robertson is a Melbourne-based composer navigating an emerging career in music with advocacy for diversity in the arts. An excitement for unusual forms of expression, alternate tuning systems and innovation in notation has drawn her to unique instruments including the Theremin, double bell trombone, quartertone flugelhorn and analogue synths. Her practice is varied, with compositions ranging from multimedia and animated notation to multichannel electronic works as well as solo and chamber ensemble pieces. She has composed for world-renowned performers including ELISION’s Tristram Williams, the Argonaut String Quartet, Landesjugendensemble Neue Musik Berlin, Monash Animated Notation Ensemble, Ossicle Duo and Sydney’s ‘the music box project’, who received APRA/AMC’s Art Music Award for Excellence in Experimental Music for their concert Shallow Listening centred around Robertson’s piece. In 2021, she won the Homophonic Pride Prize to write for violinist Kyla Matsuura-Miller, and RMIT recently commissioned her for a 24.2 multichannel work. Her music has received multiple performances in Germany, including at the Deutsche Oper as part of Klangwerkstatt Festival für Neue Musik Berlin, as well as in Canada at Toronto Creative Music Lab. Locally, she has had pieces performed at the Bendigo International Festival for Exploratory Music and Tilde New Music Festival. In 2020 she received the Monash Animated Notation Ensemble commissioning prize with an online premiere and a commission for Ossicle duo supported by Creative Victoria and City of Melbourne. With poet Eloise Grills, Robertson won the national XYZ Prize for Innovation in Spoken Word Poetry for a poetry and sound collaboration. She improvises with touch-sensitive analogue synthesisers and has performed at Make it Up Club and Classical X Crazy Arms, and took an advanced professional development workshop at Melbourne Electronic Sound Studio. Jaslyn has presented workshops, papers and seminars on the topic of diversity in music and started the Queer and Now interview series in CutCommon Magazine.